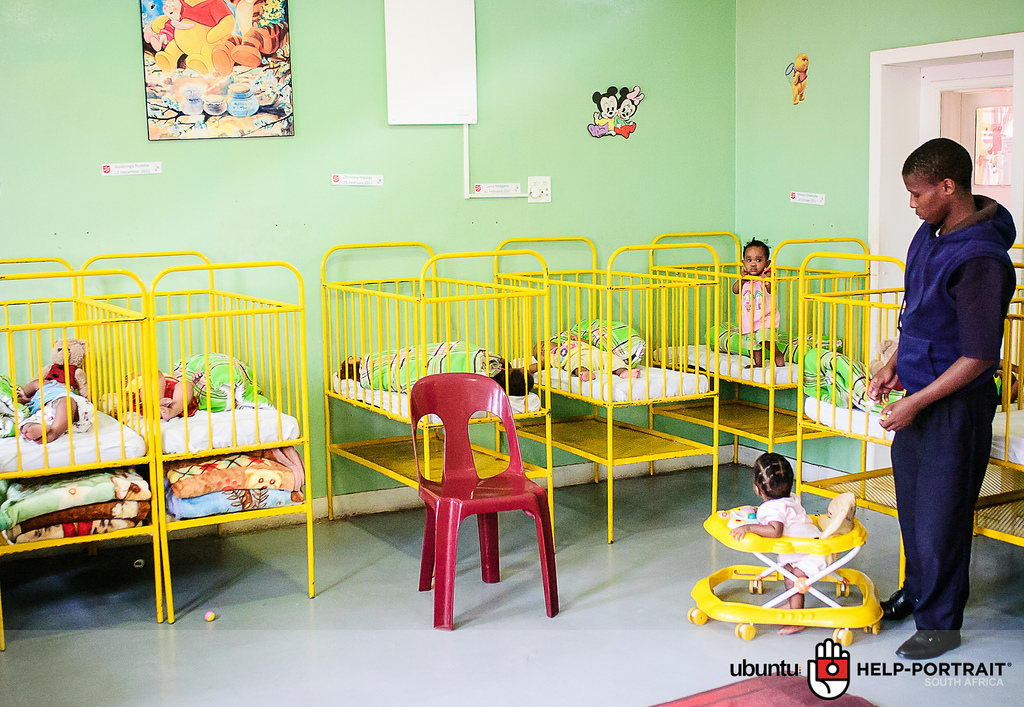 Let me tell you about that time when I met my dream girl. She was amazing. She had the softest skin, the most beautiful gray blue eyes.  Touching her hair was like touching feathers from a down pillow. Lucinda was 6 -8 weeks old when I met her. They weren’t sure exactly how old she was, because she had been discovered in a trash heap the day before.

I had come to South Africa as part of a short term mission team. Our first of 10 weeks was to be spent at Enthembeni, an orphanage for children with AIDS. Of the 7 team members I alone spent my time in the infant room. I learned how to change cloth diapers and feed and burp children quickly and efficiently; although if you asked the caretakers they would say I just slowed them down.

We changed 25 diapers, then fed and burped 25 babies, then we had to change 25 babies all over again, just me and the two caregivers.  Once the cycle was finished I would head straight to little Lucinda, reach into her crib, pull her out, sit down and stare at her while she slept. All of the children at Enthembeni broke my heart, but Lucinda, she stole it.

We spent several weeks at Enthembeni that summer often with other assignments in between our visits. Parts of that trip have faded from memory over the last 20 years, the time I spent with Lucinda is seared onto my heart to this day. She was gone before my glorified vacation was over. She went home to be with her loving Heavenly Father. I would have been her earthly father if she had lived. I had already begun planning and scheming how I would return to South Africa for this little girl. I knew it wouldn’t happen. No one lets an 18 year old college kid adopt a baby, let alone a sick one, but I was determined. I would have done anything for that little girl. Then she died.

I have never been so angry before or since. My faith almost crumbled.  There was nothing good about this girl’s life. She was born with a horrible disease, left in a trash heap, the rest of her life spent in a single room with 24 other babies fighting for the attention of two caregivers, only to die before she was six months old, although no one could be sure because she didn’t even have a birthday.

I was born sick too. I had a serious heart defect. Unlike Lucinda I was born in Boston, MA just minutes from the best Children’s Cardiac department in the world. I have two parents who loved me deeply and would have done anything to save me. This girl had nothing and I was mad. How could God let this happen to such an innocent little girl? What ‘plan’ could He possibly have that justified this tragedy? Or was His plan possibly, to call us His Creation to Love like Him? Could it be that God’s very nature causes Him to call us and empower us to love like He does?

We live in a world that is broken, fallen and downright corrupt, a world where babies like Lucinda die every day sick and alone. In Lucinda I encountered a terrible evil on a personal level, yet evil and sin run rampant on a constant global scale. I was at a crossroads. As far as I was concerned I had 2 choices. I could either choose to continue to believe that God had preplanned everything that happened as part of some global object lesson and accept that evil was part of his plan. Or I could rethink my understanding of God, embrace the God spoken of in 1 John 4, who is Love, and accept that evil is what happens when we His creation fail to respond to His call to love.